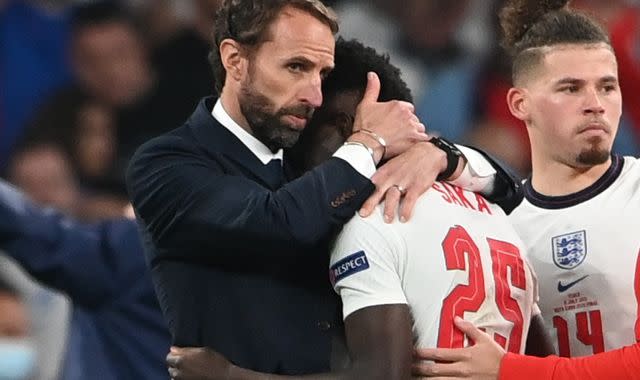 England's manager Gareth Southgate has taken responsibility for his side's loss to Italy in the European Championships. Sako and Sancho were seen in tears after the game but they were embraced by their teammates and Southgate, who said he had chosen who should take the penalties. "It's down to me," Southgate said of the loss.Read More »