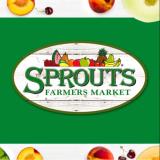 While the Ducks have seen unprecedented success on the recruiting trail under head coach Mario Cristobal, they still had trouble getting real difference-makers at the offensive skill positions, including tight end, which the program didn't have a single commitment from in the 2020 class.

That changes this year.

The latest skill position player to join the flock is Terrance Ferguson, the nation's No. 12 composite tight end and No. 11 tight end by 247Sports, who committed to the Oregon Ducks via Instagram Live.

Oregon beat out Auburn, Tennessee, USC, and Wisconsin for the No. 3 overall player in Colorado. When Ferguson announced his top-five, the tight end spoke favorably about Coach Crisotbal who he called "a great guy" who reaches out to talk about family, not just football. He also told AllBadgers.com that he thinks he would fit well in Oregon's offense under new offensive coordinator Joe Moorhead.

Also the whole coaching staff, I'd say I built a pretty good relationship with where I talk to them on a daily basis. I feel like they're a really big family out there. Then Coach Moorhead as well. He's had some productive tight ends in the past, and I feel like his offense does feature the tight end as well.

Ferguson's the second four-star tight end in the 2021 Oregon recruiting class joining four-star Moliki Matavao who committed at the end of May.

The class overall jumped from No. 8 to No. 6 nationally with Ferguson's decision and is just a fraction of a point behind USC for fifth nationally and first in the Pac-12.

His commitment was expected to go Oregon's way with the Ducks having 100% of crystal ball predictions on 247Sports.

You can watch highlights from his breakout season here.

Be sure to download and listen for free Sports Uncovered: The uniform craze that revolutionized college football