Auburn Football will have plenty of weapons on the field in 2022.

Offensively, the Tigers were paced by running back Tank Bigsby. The second-year back rushed for 1,099 yards and ten touchdowns in 2021, while reeling in 21 passes for an additional 184 yards.

Auburn fans expect to see Bigsby have the same impact for Auburn this season, but they also hope to see a few more players step up and ease Bigsby’s workload.

There will be a quarterback battle involving four candidates in incumbent tj Finley, freshman Holden Greiner, and transfers Zach Calzada and Robby Ashford. Whoever wins that battle will need to find a target at receiver that they can rely on. Shedrick Jackson and John Samuel Shenker are among the top candidates to fill that role.

Defensively, Auburn looks to be more stable. The top three tacklers from last season have all graduated, but defensive linemen Colby Wooden and Derick Hall are expected to be the top players up front. Owen Pappoe returns at linebacker, and Oregon transfer D.J. James should pair perfectly with safety Zion Puckett in the backfield.

Who will make the biggest impact for Auburn football this season? Below is the list of the Tigers’ most impactful players according to College Football News:

72 tackles, 6 broken up passes, in his three years at Oregon

Going into his fifth season as a starter at center 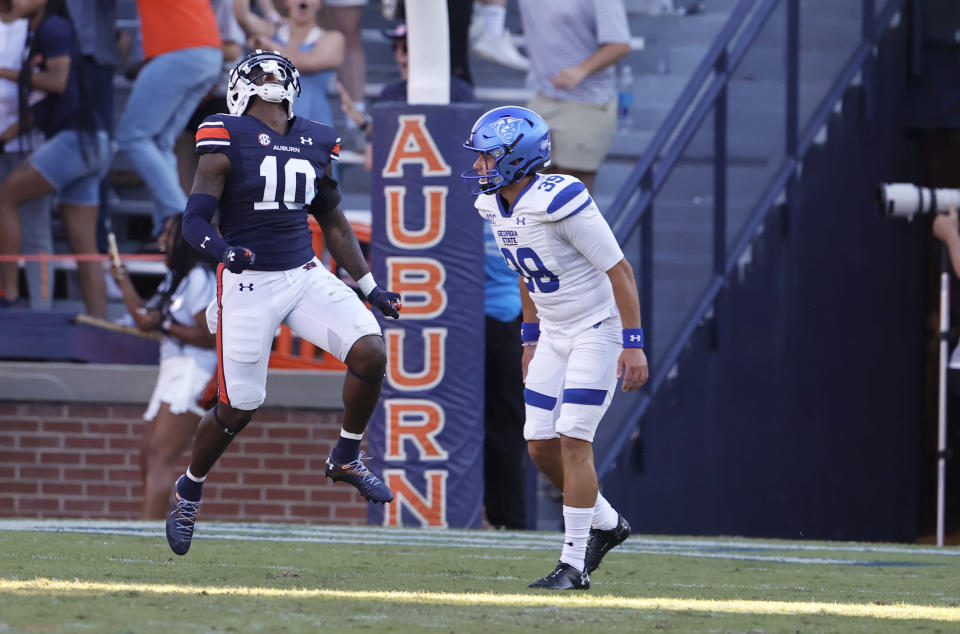 165 tackles, 6 sacks, 12 tackles for loss in three seasons – he missed almost half of last year hurt

108 tackles, eight sacks, 18 tackles for loss in his three seasons

86 career tackles, 13 sacks, 18 tackles for loss and 3 forced fumbles in his three years.

He might forever be known for not being able to close out Alabama when he failed to stay in bounds to keep the clock moving, but he’s obviously more than that.

The 6-0, 213-pounder beefed up a wee bit and should be able to take even more of a pounding, all while he improves as a receiver making 32 grabs so far in his two years.

The future NFL back has averaged 5.4 yards per carry in his career with over 1,900 yards and 15 scores.