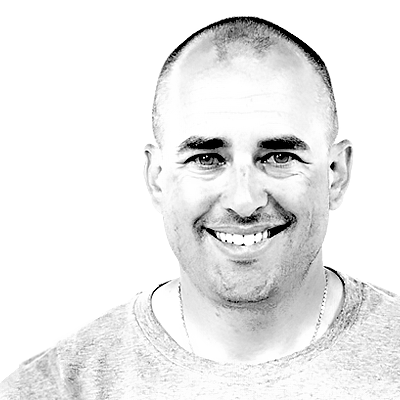 Each week the Noise highlights 10 somewhat un-obvious names who he believes are destined to  leave egg on his face. To qualify, each player must be started in at least 50 percent of Yahoo leagues. Speaking as an accountability advocate, I will post results, whether genius or moronic, the following week using the scoring system shown here. If you're a member of TEAM HUEVOS, reveal your Week 2 Lames in the comments section below.

Jay Cutler, Chi, QB (50-percent started)
Matchup: at SF
If Vegas set an over/under for Cutler smirks on Sunday night, it would likely be well into the double-digits. His Smugness performed well statistically in the opener tallying 349 yards and two touchdowns, but committed two turnovers and slowed down considerably when Alshon Jeffery and Brandon Marshall exited with injuries. Understandable. Marc Trestman's offense will certainly keep him in the QB1 conversation long-term, however, his mistake proneness, especially when placed under pressure, will limit him at times. This week is no exception. Despite being down a number of key players on defense (e.g. Aldon Smith), the Niners forced numerous Tony Romo meltdowns, picking and sacking the quarterback three times each. Jeffery and Marshall, both dealing with lower body injuries, are expected to be in uniform and the Chicago O-line only placed its passer under pressure 19.6 percent of the time vs. Buffalo, but if Patrick Willis and Co. dial up the heat, Cutler will fold. Combine that with San Fran's strong likelihood of running the ball down the Bears' throat and controlling the clock, and it could be a forgettable night for the QB. Jay may need a cartoon of Marlboro's after this one.

Zac Stacy, StL, RB (84-percent started)
Matchup: at TB
Stacy owners, who likely invested a Round 2 pick in the sophomore rusher in August drafts, had their worst nightmares realized Week 1 in a blowout loss to Minnesota. Yes, game flow was an influential factor, but the stocky back played two fewer snaps than Benny Cunningham (31-to-33), a scenario Rams GM Les Snead remarked two weeks ago could materialize this season. Both backs totaled 51 yards with Stacy out-gaining the complement 43-to-21 on the ground. Because Cunningham is more explosive on the edge and a superior receiver, a 60-40 or possibly 50-50 split could be the norm, a frightening prospect for those counting on Stacy as a RB2 or, insanely, RB1. Tampa underwhelmed defensively Week 1 vs. division rival Carolina, making Derek Anderson channel Steve Beuerlein circa '99. However, the Bucs were rather immovable in the trenches giving up a mere 3.43 yards per carry. Linebacker Lavonte David, who racked 11 tackles, was particularly impressive stuffing the run. With Austin Davis possibly under center, the tough road environment and Cunningham's considerable role, Stacy is completely avoidable even in 12-team leagues this week. Flat Stanley has better odds of finishing inside the RB top-20.

Reggie Bush, Det, RB (71-percent started)
Matchup: at Car
The proposed two-back rotation in Detroit evolved the way most anticipated Week 1. In Detroit's suplexing of the Giants on Monday night, Bush and tag-team partner Joique Bell played an almost identical number of snaps (35-to-31 Bell), with the latter option netting just one more touch (16-to-15). As will be the case most of the year, Reggie will make his fantasy hay almost exclusively in the pass game. His tender hands, elusiveness in space and open-field burst are maximized in such a role. If, and that's a gigantic IF, he can suit up 16 times this season, he's a strong candidate for 65-70 receptions, though touchdowns will be few and far between. He's still viable in PPR leagues this week, but don't expect a spectacular return. The Panthers were exceptional in short-field defense last year, collapsing and clamping down on backs in the flat. Jason Snelling was the only rusher to score a receiving touchdown against Luke Kuechly and company. Suffocating vs. Tampa last week, Carolina should contain Bush.

[ Yahoo Sports Fantasy Football: It's still not too late to join a league today! ]

Keenan Allen, SD, WR (82-percent started)
Matchup: vs. Sea
Missed opportunities summed up Allen's opening week effort in Arizona. Pinched by Patrick Peterson and Antonio Cromartie, he caught only five of nine intended targets for 37 yards. His unfortunate drop on a tipped pass on San Diego's last offensive play was symbolic. Better days lay ahead for the second-year receiver, but he's hard to employ as even a WR3 in 12-teamers this week against visiting Seattle. Richard Sherman committed to one side last Thursday vs. Green Bay, a move that allowed OC Tom Clements to shift Jordy Nelson around to avoid an encounter with the All-Pro. As a result, Jordy enticed 14 targets catching nine passes for 83 yards. Allen could see a similar workload, but Byron Maxwell is no pushover in coverage. He did surrender a catch percentage of 81.8 Week 1, but held his assignments to a lowly 8.8 yards per reception. Allen could very well chip in respectable PPR numbers, but another uneventful performance is on the docket. Buy low after this week.

Victor Cruz, NYG, WR (85-percent started)
Matchup: vs. Ari
Goose poop. That's essentially what Cruz, and really the entire New York passing offense, resembled Monday in Detroit. Against what many perceived to be an exploitable Lions secondary, the former Pro Bowler hauled in only two passes for 24 yards, dropping a couple additional opportunities. The constant heat Eli Manning experienced (31.4 pressure percentage) was partially to blame, but Cruz's occasionally lapses in concentration and overall awfulness explained the sorrowful output. The newly installed system under Ben McAdoo is clearly a work in progress. It should improve as the season wears on, but the wideout is a potentially toxic option this week against visiting Arizona. As noted above, Peterson and Cromartie were outstanding against San Diego last Monday. Jerraud Powers was no slouch either. Combined the three corners conceded a 37.5 catch rate. Asphyxiating. Cruz is already demanding more targets and will probably get them, but it's doubtful he graduates from the WR3 class this week.

#TEAMHUEVOS PICKS OF THE WEEK

Each week one fortunate guest prognosticator will have a chance to silence the Noise. Following the rules stated above, participants are asked to submit their "Flames" (1 QB, 2 RBs, 2 WRs, 1 TE, 1 D/ST) by midnight PT Tuesdays via Twitter @YahooNoise. How large are your stones?